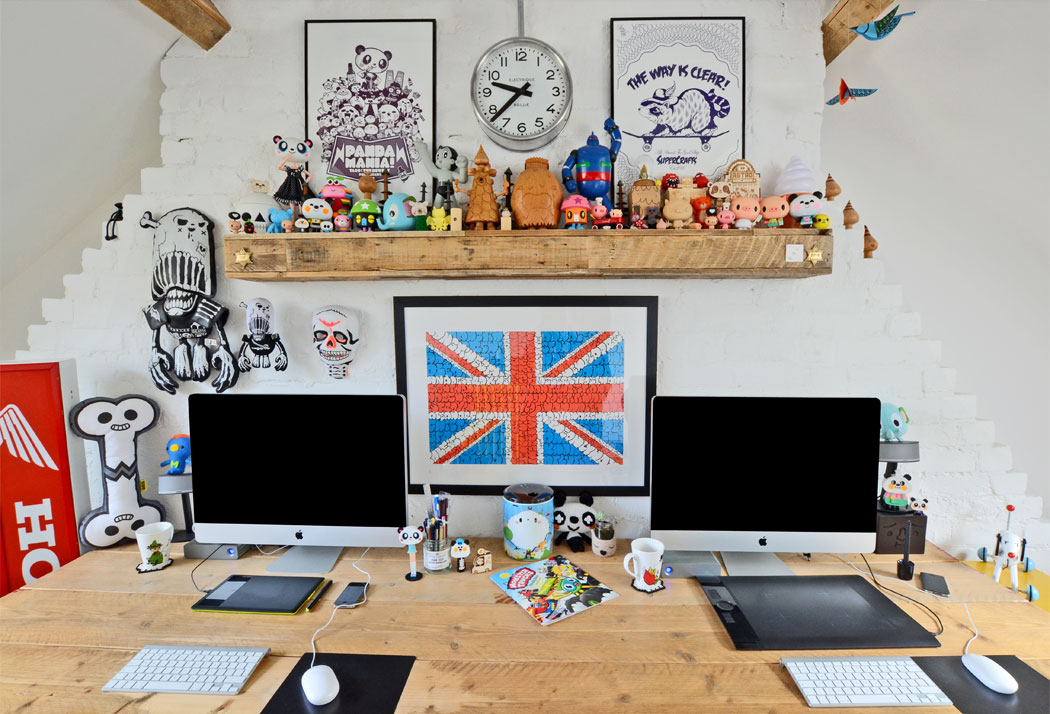 Mike and Katie make up the design duo, better known to the world as TADO. Based in Sheffield, UK, this pint-sized creative powerhouse has produced an endless list of darkly adorable characters, artwork and projects that have terrorized and delighted individuals and clients world wide for over a decade. Started in 2002 when the pair began to work together at university, TADO quickly became an established name through their unique style, humour, illustrations, animations, and toy designs. Everything they do is produced in total collaboration – whether it be taking turns in drawing, painting, drilling, glueing, scribbling or clicking.

In 2005 they began their relationship with world-renowned agents Debut Art. Their portfolio includes a vast range of projects from fashion through to advertising to model-making and product design. Their clients include the likes of MTV, Sky TV, Nike, Google, Xbox-One, Nickelodeon, Lucas Arts, Now TV, HSBC, Scholastic, Sanrio, Dorling Kindersley, Vodafone, Microsoft, Camelback, Kidrobot, Gola, Selfridges, and Virgin. In addition to their commercial work, Mike and Katie have exhibited their artwork internationally with several extremely successful solo shows and large scale sculpture installations.

Closer to home, TADO work extensively with the charity Artfelt for Sheffield Children’s Hospital – one of a handful of specialist children’s hospitals in the UK, to produce artwork and installations for wards and their ground-breaking care facilities.

When Mike and Katie aren’t creating artwork, the pair can usually be found out roaming the Peak District hills on their bikes, dangling from rocks on a climbing rope or carrying on their noble search for the best ice cream in the land.